After landing at the airport in Quito we quickly collected our bags and took the 40 minute taxi ride to the Hilton Colon Quito where we were staying our first 2 nights. The ride to the hotel was the first of many language barrier experiences we would have throughout the trip. After arriving, we sampled some local beers at the hotel bar and called it a night.

The next morning we woke up early to an amazing view of the surrounding area. We took some time to explore the Parque El Ejido which was just across the street. The idea of attempting a self-guided walking tour of Quito was a daunting one. Front desk staff informed us of the tourist-friendly ‘Hop-On, Hop-Off’ double-decker tour bus. This took a lot of responsibility off of our hands which was just what we needed. The tour offered a list of different stops for $15 per person.

Our first ‘hop-off’ destination was the Quito Modern Art Museum. While sporting beautiful architecture, it appeared that they were still in the process of filling the various spaces with exhibits, so there wasn’t much to keep us there.

After the museum we made the short walk to the Basílica del Voto Nacional which is the largest neo-gothic basilica in the Americas. A basilica is a Roman style structure with double rows of columns and a semicircular apse. The Basílica del Voto Nacional was an exquisite example: towering and colossal while remaining ornate and intricate. The motion of looking up towards the ceiling emphasized the natural urge to let your jaw hang in amazement. It was hard to image a modern construction crew orchestrating such a complex project, let alone the fact that the men who accomplished this feat were limited to the technology and methods of the first decade of the nineteen hundreds.

We had a lot of trouble finding our tour bus after the basilica. Some of the routes were changed due to a planned protest for the Women’s Rights Movement. We wandered around for an hour while the rising level of heat and general confusion made us a little desperate to find that big red bus again. Eventually we met back up with the bus at Plaza de la Independencia. From plaza de la Independencia, the city parts so you can see both the basilica and El Panecillo on opposing sides. 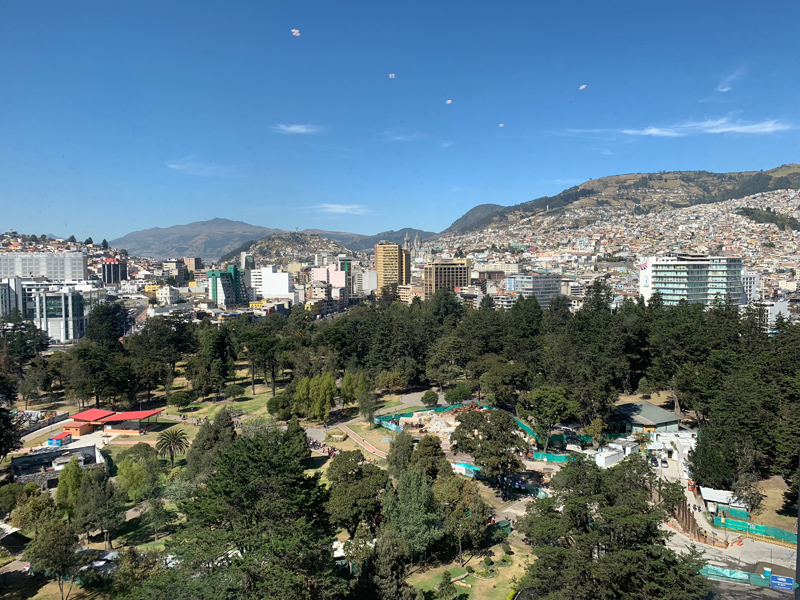 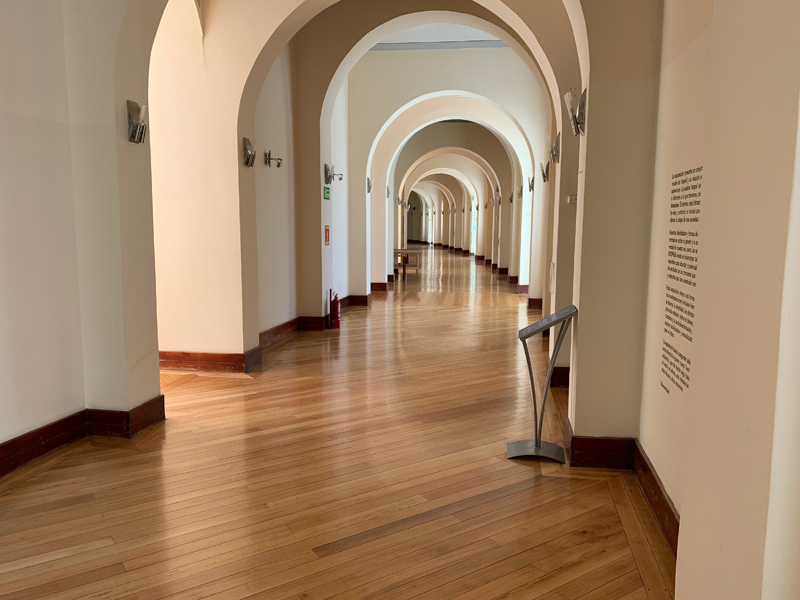 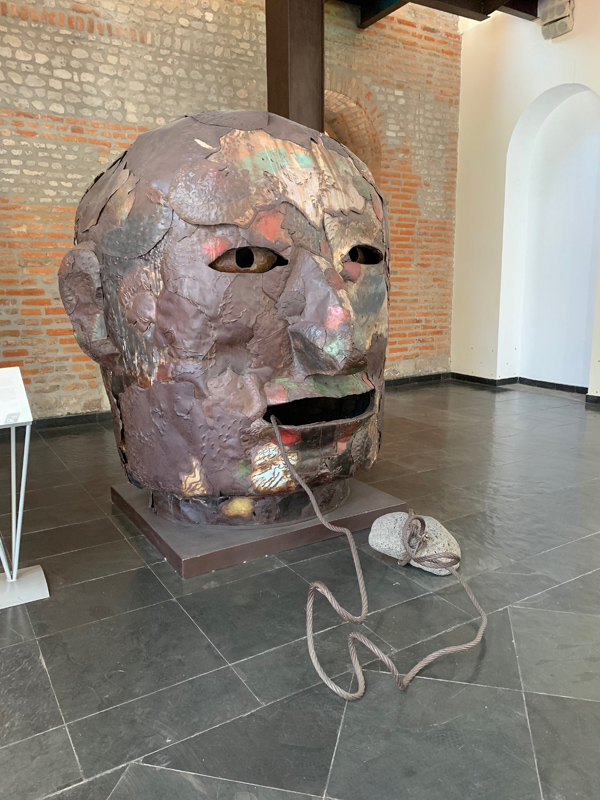 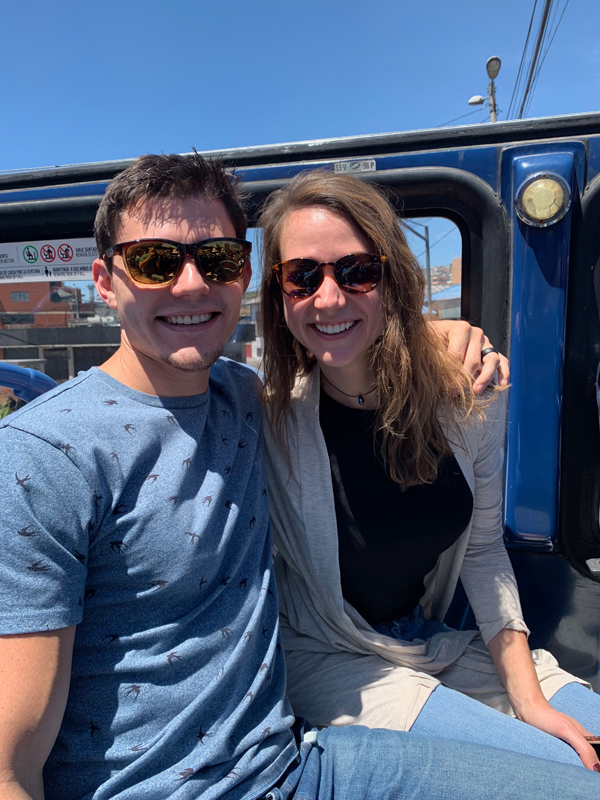 The bus wound its way up the narrow streets and tight turns towards El Panecillo, a 600 foot tall volcanic hill situated 9,800 feet above sea level. The hill is adorned with a very impressive statue. The 150 foot Virgen de Quito is made of seven thousand pieces of aluminum. The view of Quito from this spot was the best that we had been treated to so far. While we were soaking in the view we noticed a small pack of dogs that may or may not have been strays. We tried to pet them but they seemed to be very cautious around people.

Towards the end of the tour we were coming to the realization that we made the classic mistake of not wearing enough sunscreen. We were both well on our way to a nice crispy burn.

After returning to the hotel we were ready for an authentic Ecuadorian meal. The hotel gave us a recommendation for a traditional restaurant downtown called Achiote. This was a really cool restaurant that had a living tree in the middle of it. Before going to Ecuador, one of the main things that we heard about the country was that they ate guinea pigs. Anna, as a past guinea pig owner, was disgusted by the idea. I thought that we should give it a try so I was keeping an eye out for the opportunity. Achiote’s guinea pig (or ‘cuy’ as they call it) was $46 for a whole serving, so I decided against it. Instead we had sweet potato cakes, fried Yuca, Hornado, and beef skewers. We learned later that it isn’t common practice to eat cuy in Ecuador anymore. A very memorable meal and great hospitality. After dinner we returned for our final night at the Hilton in Quito. 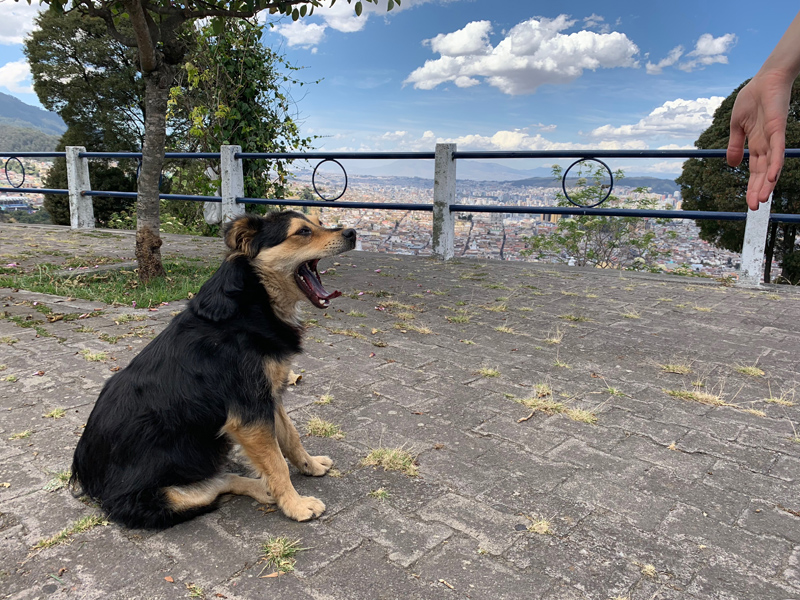 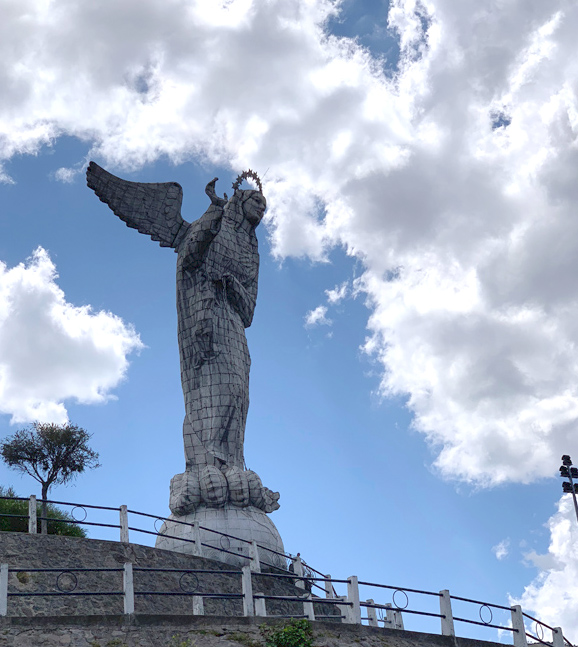 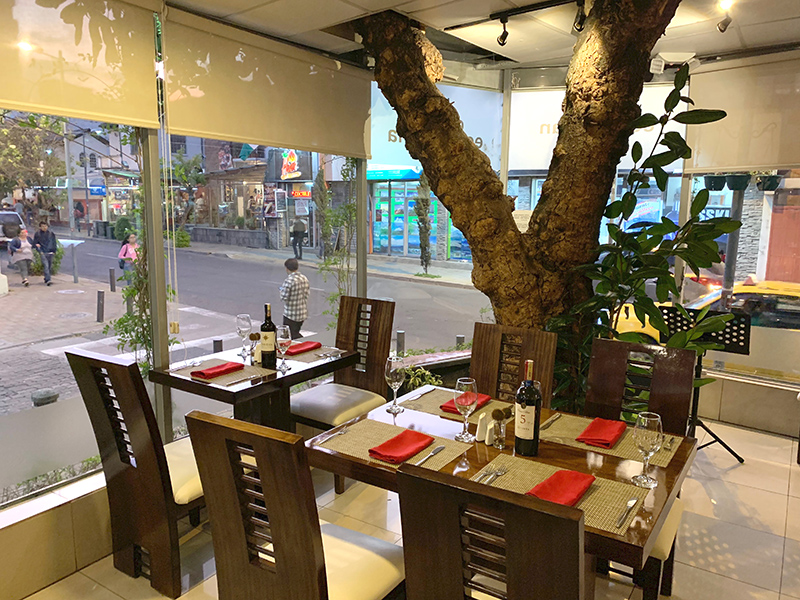 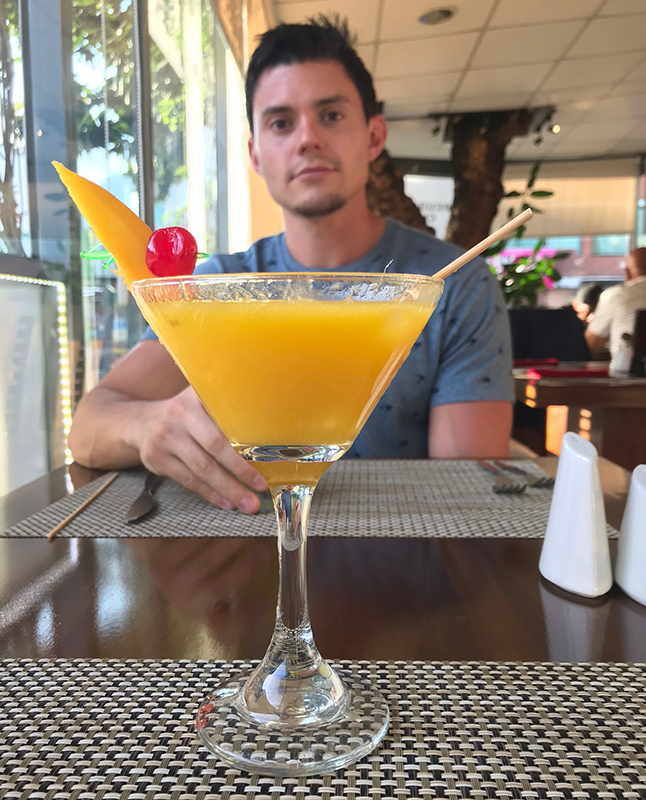