Great Exuma offers an array of beaches and restaurants that are all very worthy destinations accessible by car. But to really get a taste of what the Exumas have to offer you will have to get some local assistance.

We booked an excursion with Aquaqest Escapes that included hanging out with iguanas and pigs, snorkeling a plane wreck, swimming with sharks, and lunch. We boarded the boat with about 12 other people for a 120 mile tour of some of the most interesting points on the islands.

After about 20 minutes of speeding across the ocean we arrived at an island that we were told is owned by Nicolas Cage – Leaf Cay. The area of the island that we docked was littered with tens of iguanas who were either begging for tourist handouts, sunning themselves, or posturing into a better position amongst the other lizards.

It was obvious that they were used to being fed. They quickly approached to investigate while keeping a close eye on us with their skeptical gaze. Everyone unloaded the crackers that were handed out before climbing back onto the boat. 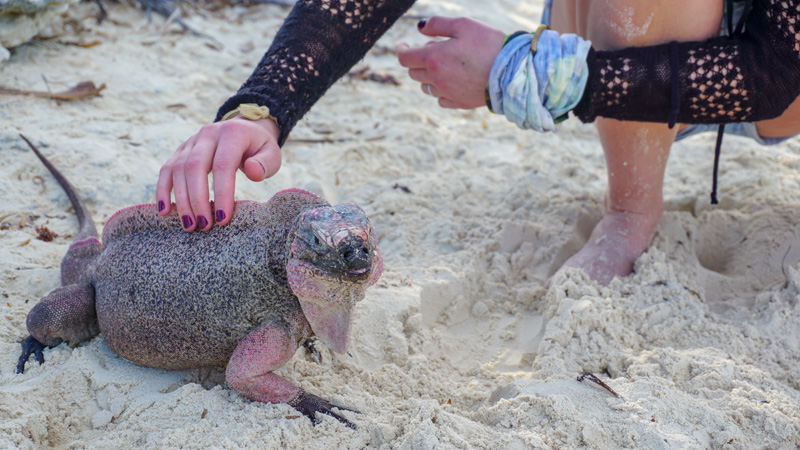 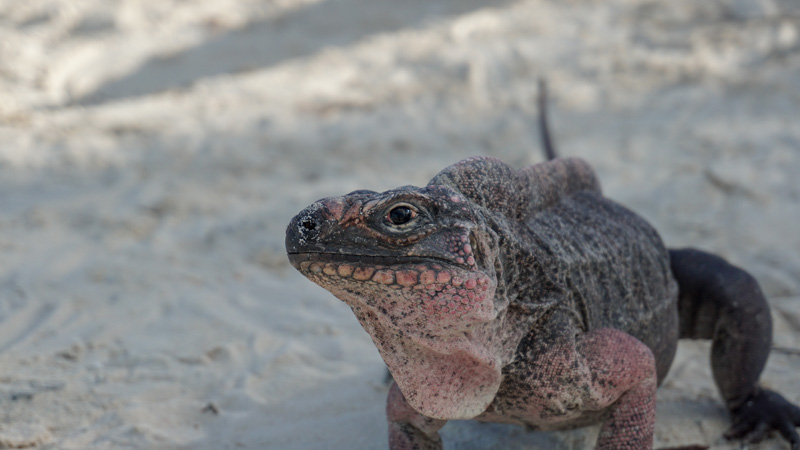 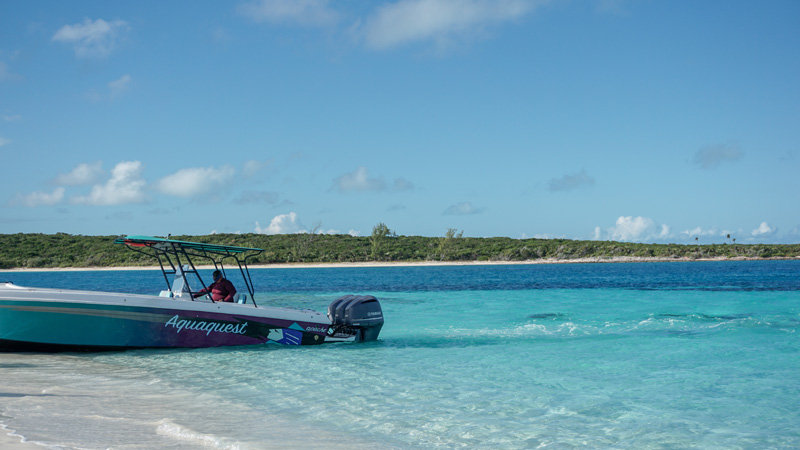 Aquaquest had 3 quick stops for snorkeling that were each more interesting than the last. Our first stop was outside of an island owned by the magician David Copperfield. The subject was a statue that he had placed on the seafloor there, about 20 feet down. It was a statue of a mermaid playing the piano. The statue was previously hidden as part of contest.

The next area was a plane that was supposedly filled with cocaine and headed for Pablo Escobar’s Norman Cay. Our guide explained that this particular plane was shot down by locals. We dove down close to the plane’s resting place to observe some fish and a pair of small rays that were living nearby.

The final snorkeling location was to swim inside of Thunderball Grotto. This was the most interesting spot but also a little scary. The first mate of the ship swam into the cave first, toting a rope that was attached to the boat. The rope was in place to help us return safely to the boat.

We stopped for a moment inside of the first chamber. A strong current was pulling water back into further recessed chambers of the cave. Our guide offered the opportunity for any strong swimmers to check out the next chamber but none took him up on this offer.

Sandbar Near Over Yonder Cay

Our next destination was a sandbar that the tide had exposed. We hopped off the boat to frolic around the sandbar, splashing, laughing, and taking photos. This was a great spot to just soak up the beauty of the islands. It made you appreciate just how clean and untouched this area was. Far enough away from the constant flow of tourists. 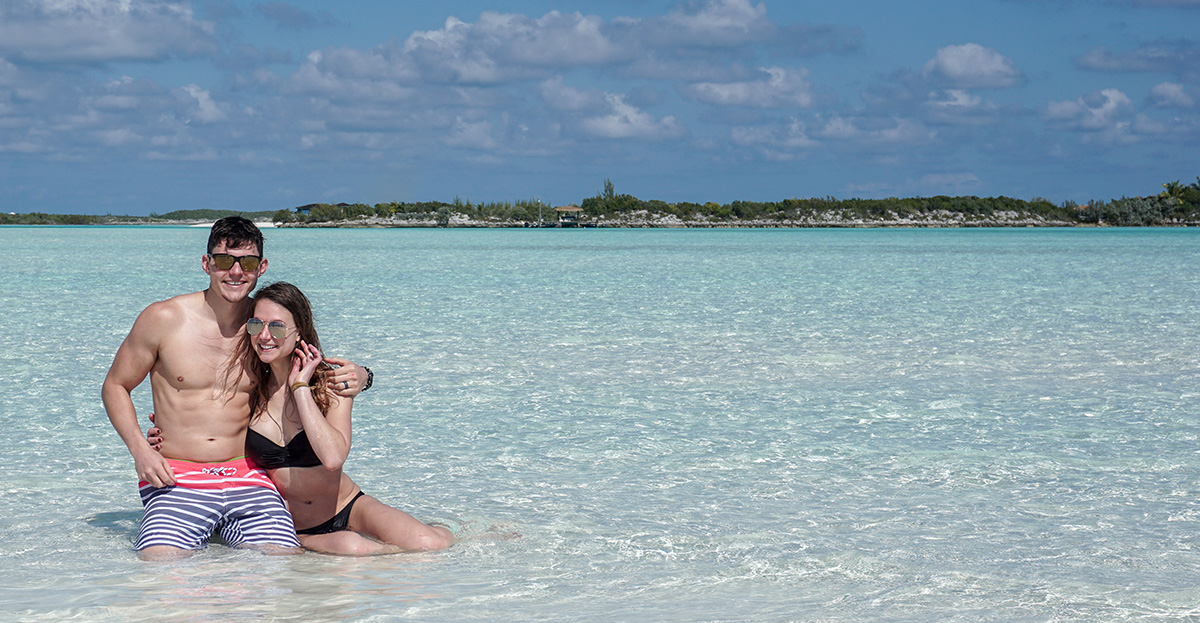 Swimming with Sharks at Compass Cay

Compass Cay offered access to their private dock (for $10) to swim with and pet their healthy population of nurse sharks.

On the dock, next to where the sharks were congregating, there was a fish cleaning station. The man working at the station would periodically rinse it off into the water where the sharks would scramble to scoop up the scraps. 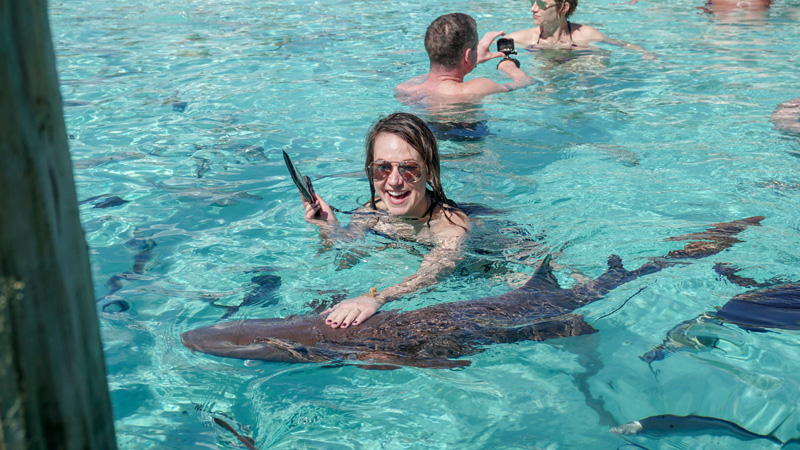 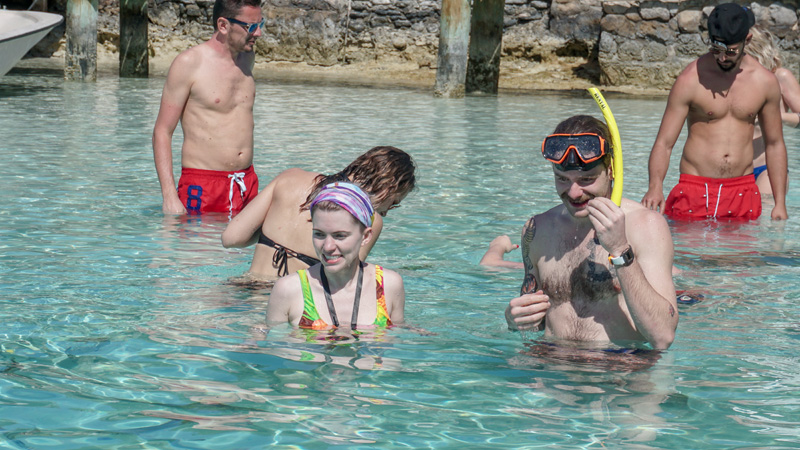 Our most anticipated stop was at Big Major Cay. These beach dwelling pigs have become one of the most iconic images representative of the Exumas as a whole and for good reason.

We heard a few different stories explaining the origin of these animals but they were most likely left by some sailors hoping to establish a remote food source for emergencies.

Most of the pigs were very friendly and even a bit curious. Our captain instructed everyone and how to behave around them to minimize any risk. “Put your hands straight up in the air” to show when you didn’t have any food (the pigs primary concern).

It was amusing to see a ‘farm animal’ relaxing in such tropical conditions, seemingly cut off from the real world. 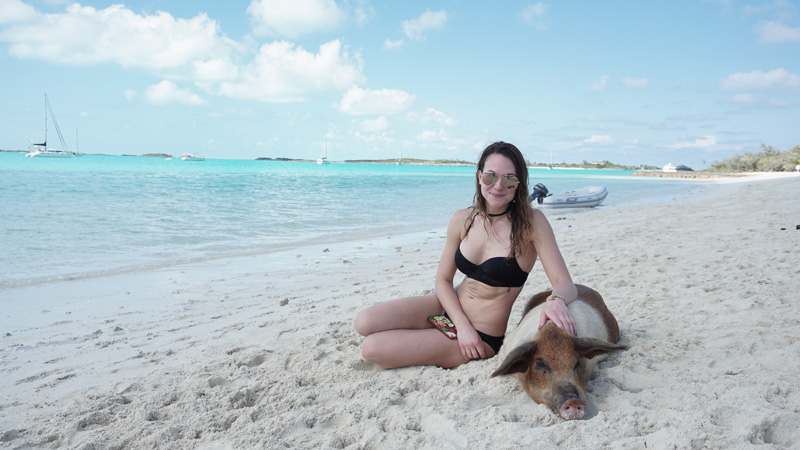 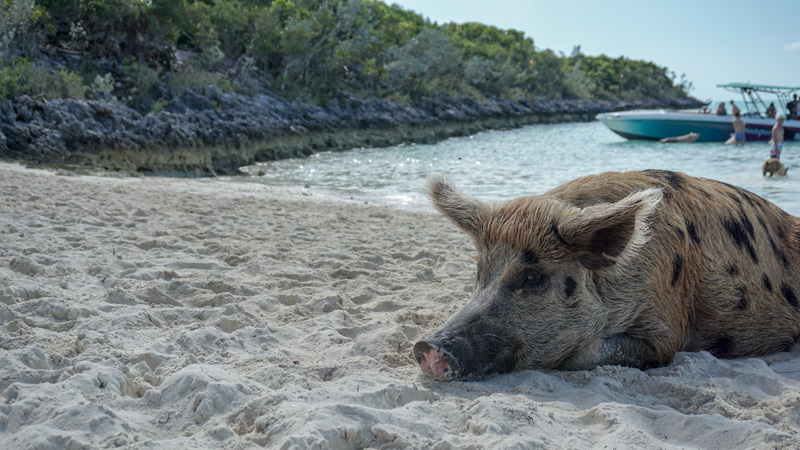 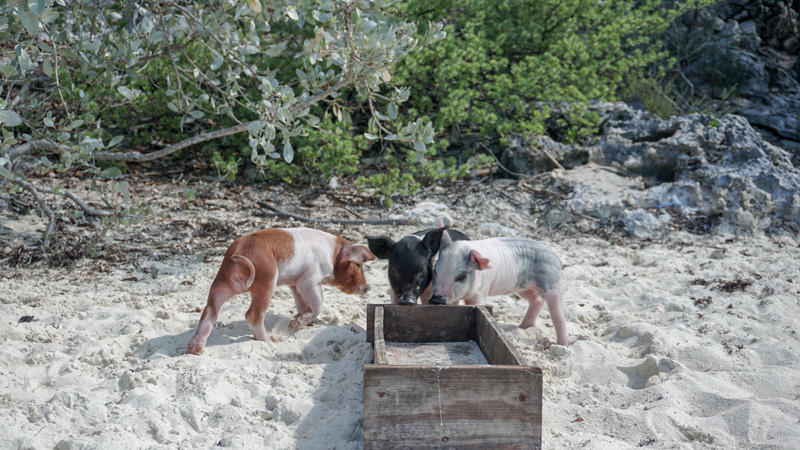 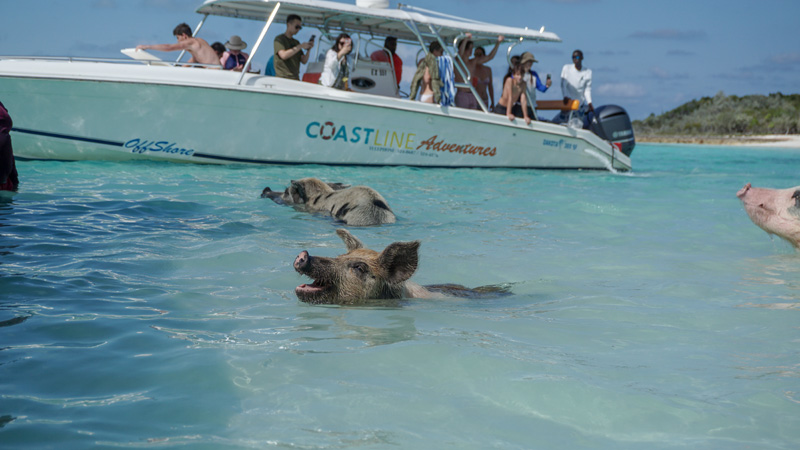