We booked a Saturday morning tour, through the Village at Grand Traverse Commons, of the Old State Hospital. This unusually cold and damp May morning called for coats and hot coffee. Overcast skies and a slight drizzle created an eerie atmosphere that fit the mood of the scenery. The sprawling, once 135 acre, complex that was once the Traverse City State Hospital has been divided for many purposes. Some sections were refurbished or repurposed and others totally demolished.

The focus was several buildings that have been vacant for nearly three decades. We began with the Men’s Ward building about 9am. Our guide unlocked the door and briefed us on some safety concerns. These buildings haven’t been restored and they’re in very rough shape. Their contents removed long ago and since waiting empty. While our group gathered together in the first dusty hallway, the guide gave us a history lesson on the hospital which he continued at each new stop throughout. 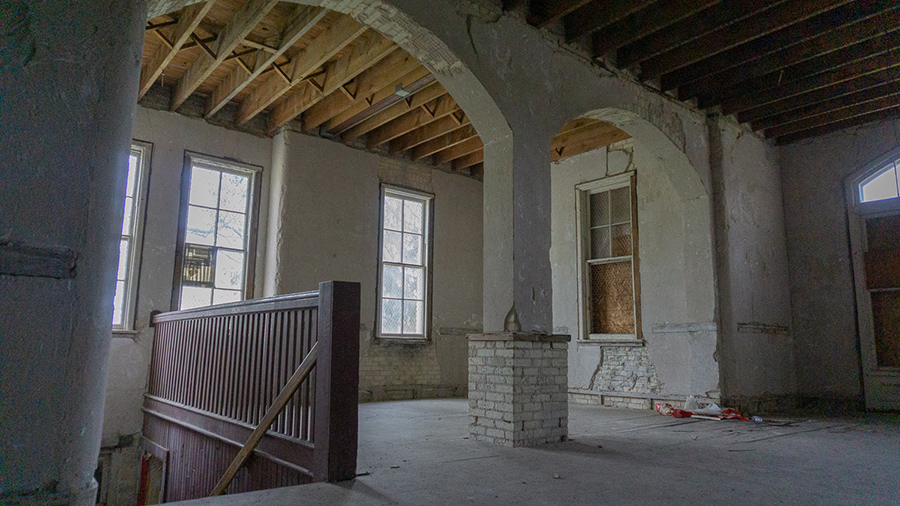 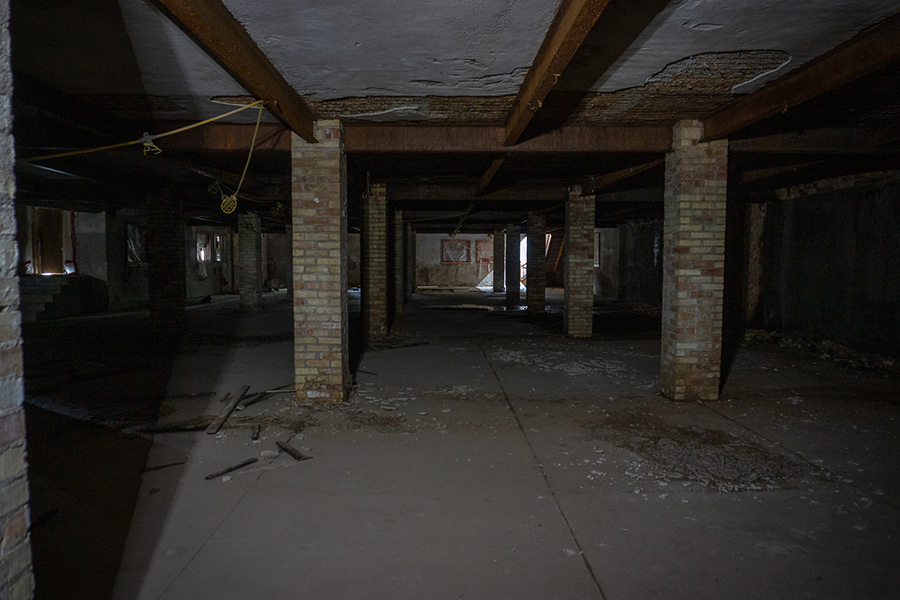 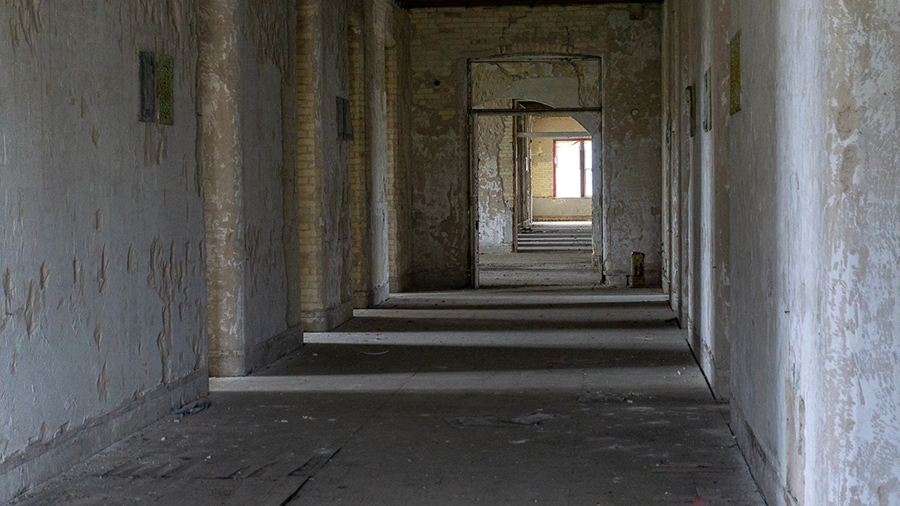 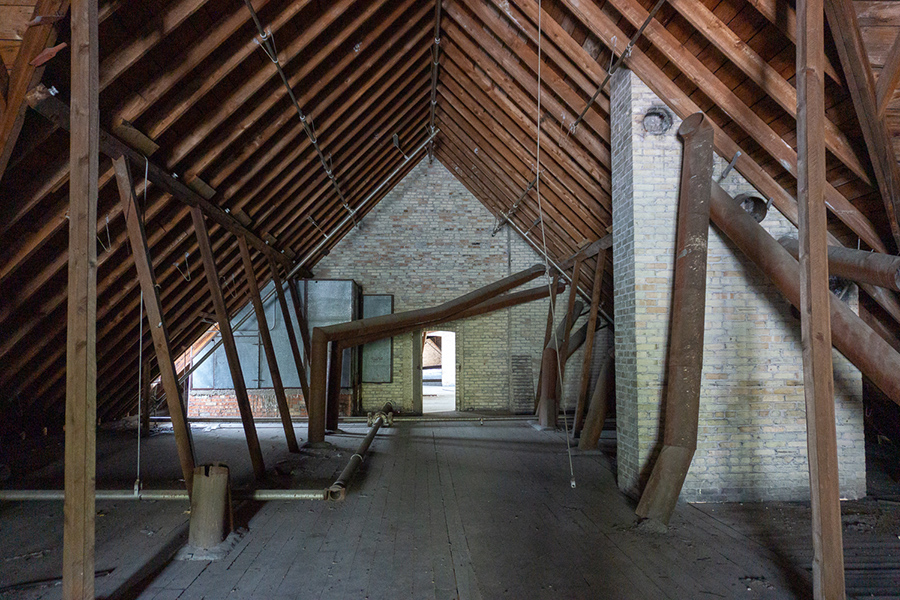 Originally established in 1881 and opened in 1885, the ‘Northern Michigan Asylum’ was the third state psychiatric hospital in Michigan, he explained. It was easy to feel a bit creeped out walking from room to room, imagining the lives of the people who lived here. However, the story of this institution is nothing out of a horror movie. 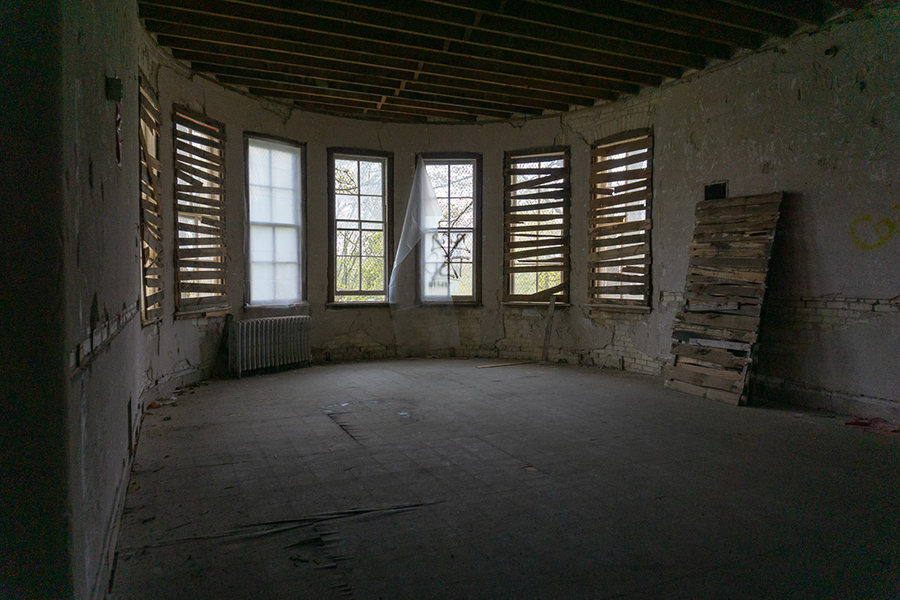 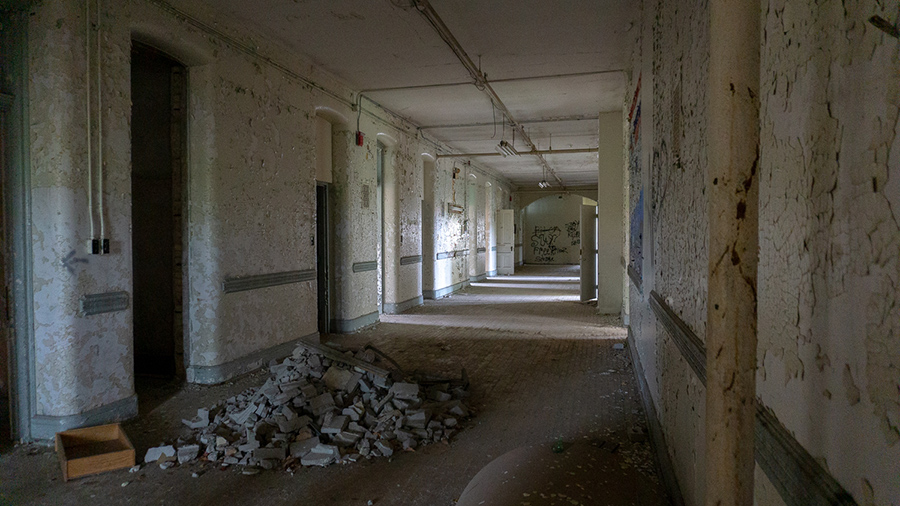 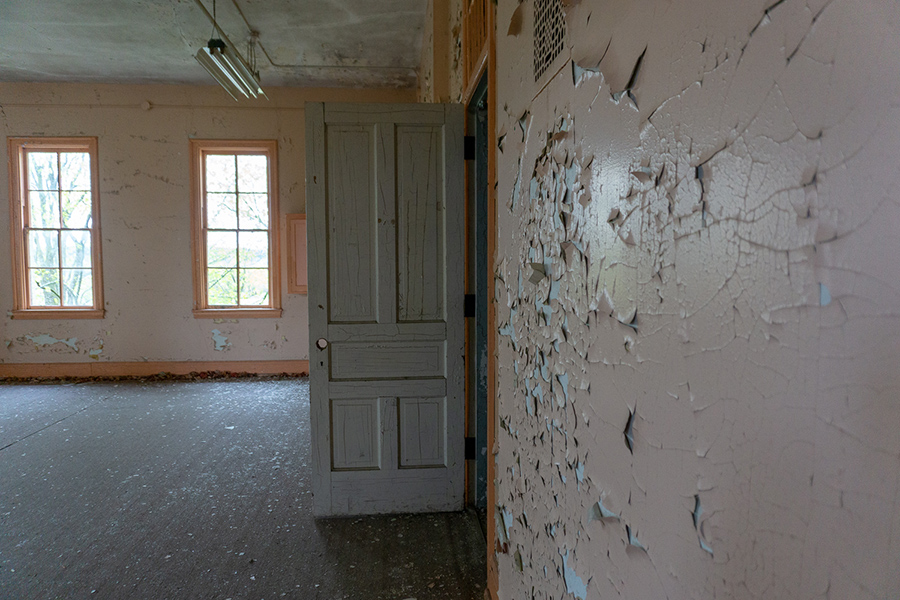 Our lesson continued – Built under the Kirkbride Plan, the hospital functioned on philosophies and methodologies that were ahead of their time. The design of the buildings emphasized good air circulation, natural light, and a pleasing aesthetic. The hospital grounds included a full fledged farm and abundant plant life.

Dr. James Munson was the first hospital superintendent, serving until 1924. Under Munson’s supervision, patients were handled much differently than many people would guess. The use of restraints and other patient abuses were strictly forbidden. He operated by providing patients with comfort, pleasure, and even vocational training (including furniture construction, fruit canning, sewing, and other trades).

After Munson’s retirement, the James Decker Munson Hospital was established on the grounds in 1926. It would be later replaced by the Munson Medical Center in the 1950s. At the time of the closure, portions of the land were split between Munson Hospital, the Pavilions, and Garfield Township. The final closure in 1989 resulted in a loss of over 200 jobs to the local economy.

The community struggled to decide on what to do with the property over the next decade. In 1993, the property was transferred to the Grand Traverse Commons Redevelopment Corporation. Several redevelopment plans were proposed but nothing came to fruition until the Minervini Group negations in the year 2000. 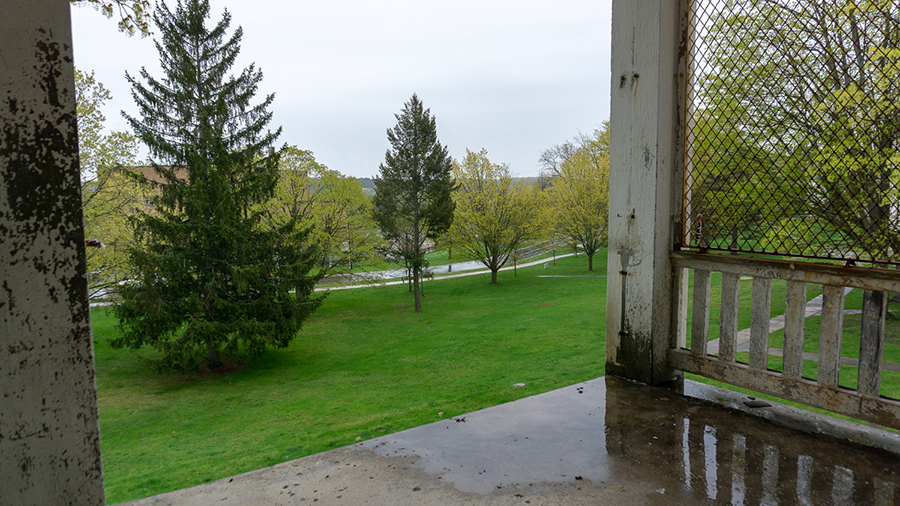 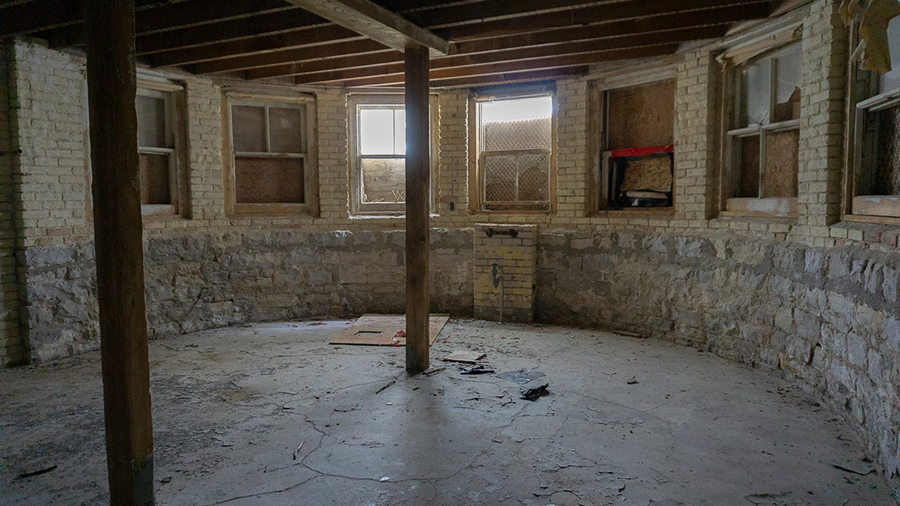 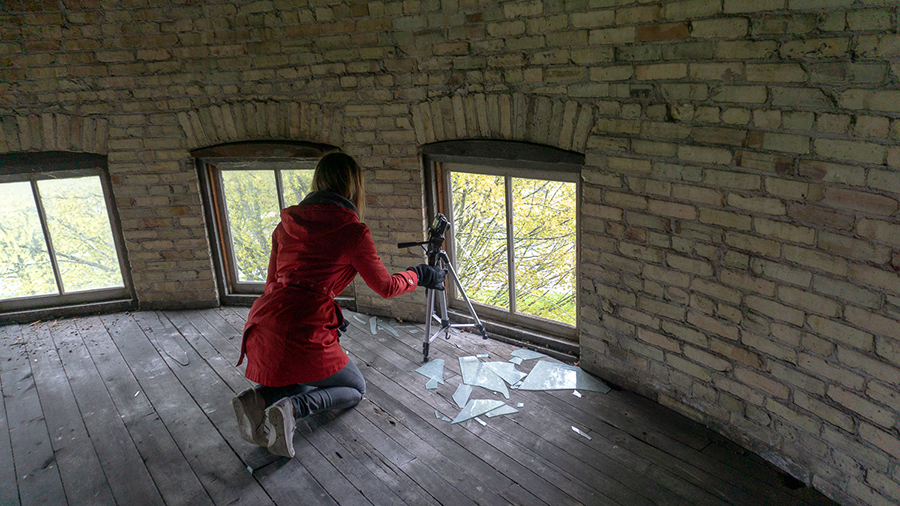 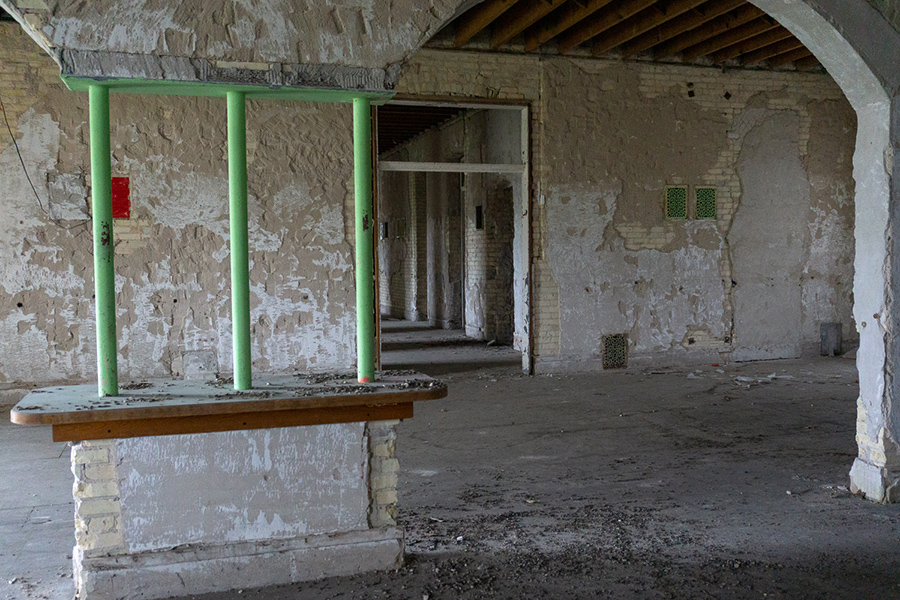 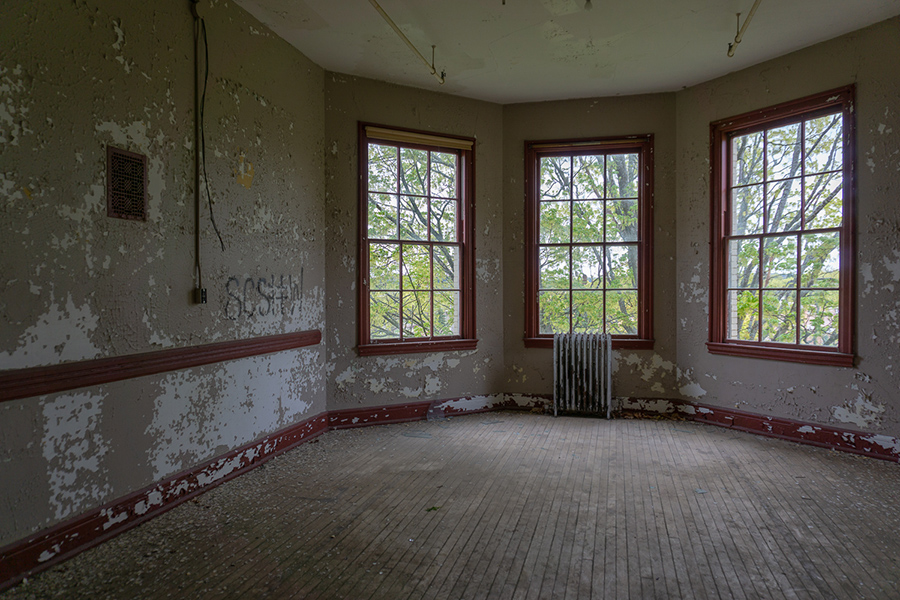 Our tour progressed through several buildings including an employee dormitory and the memory loss ward (which would now be referred to as dementia/alzheimer’s patients). We spent a few hours creeping through dark hallways, forgotten rooms, and unsettling basements. The event concluded with a walk through the old steam tunnels. It seemed as though everyone enjoyed the experience. 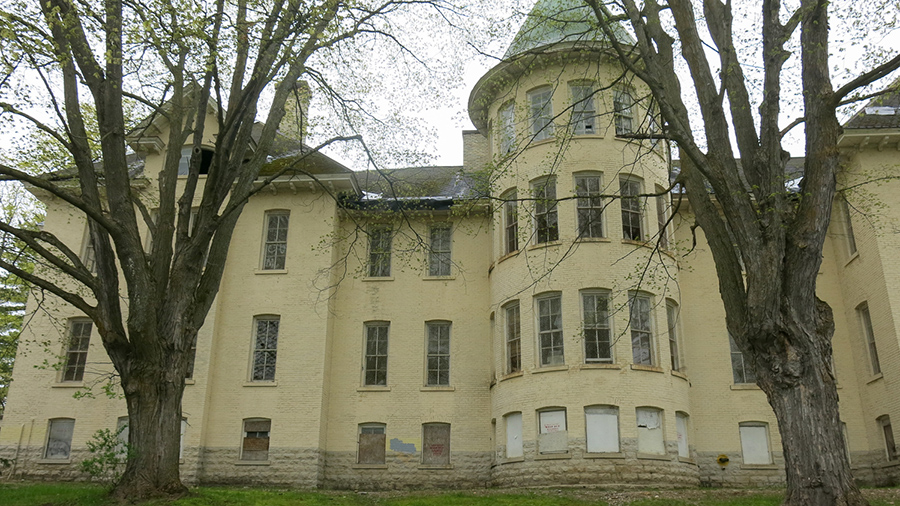 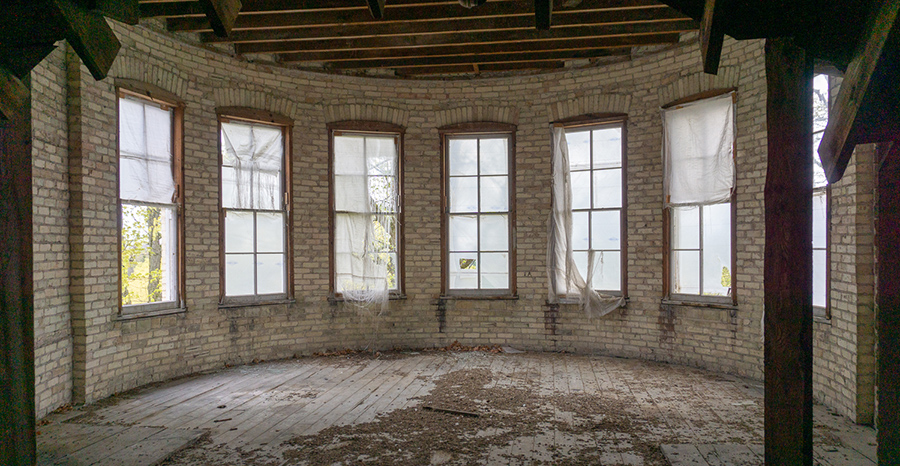 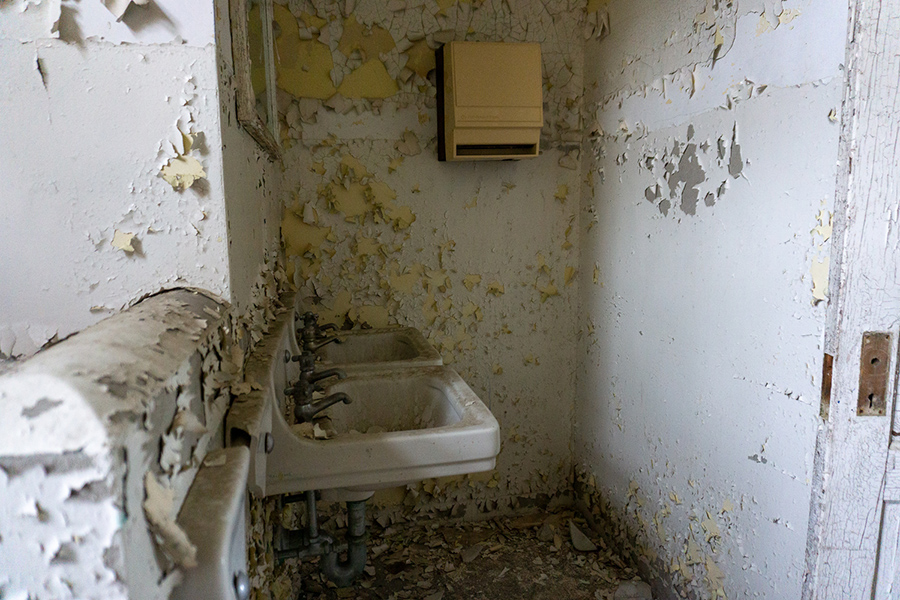 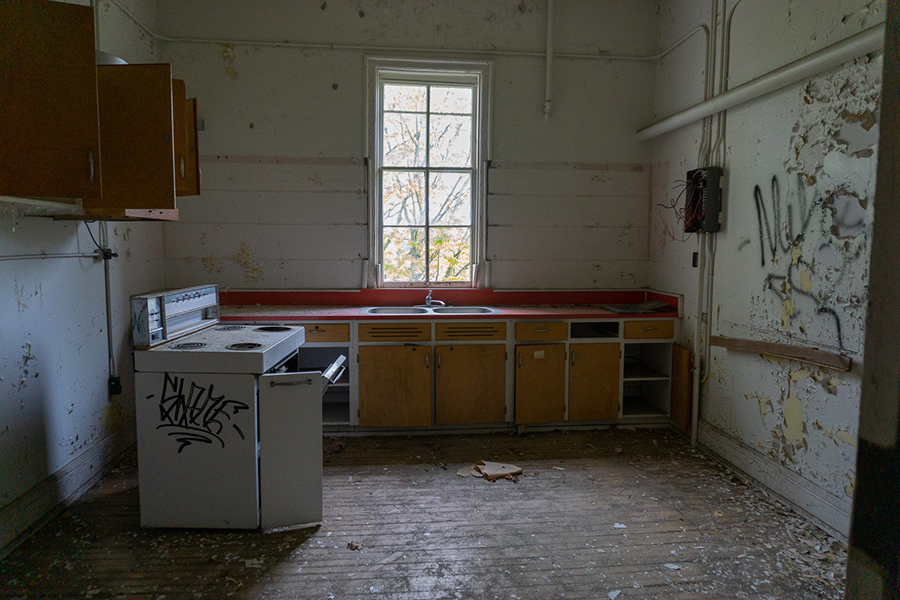 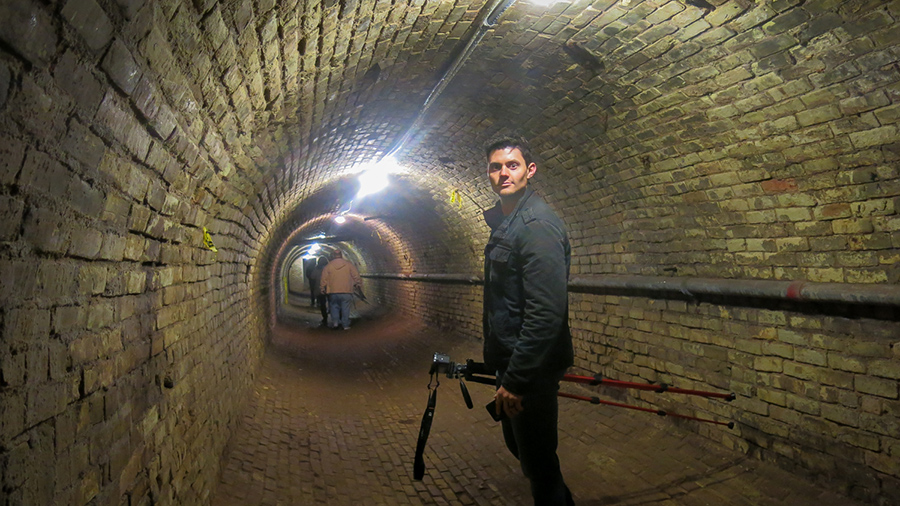 Today, many of the buildings have been redeveloped and are currently occupied. You can find the popular Building 50 which is home to many shops, restaurants, and residential units. I would recommend taking a tour of these historic structures while you still can!